A day from the diary of a BMW driver...

The other day I was cruising along as usual coming onto one of my motorways,which was very busy with inferior cars.

First off, I couldn't believe that the volume of traffic DIDN'T slow down for me AT ALL as I came off the slip road!

I had to squeeze into a barely big enough gap between two cars in order to get onto my motorway!

The driver of the car behind me did realise his mistake though and honked an apology to me with a long blast of his horn.

Unbelievably, I had to do the same again before I could get to the BMW lane.

Anyway, once I was in the BMW lane and posing along at 110 mph enjoying the adulation that the inferior car drivers were giving me,

I noticed an inferior car ahead of me which was not only in the BMW lane of my motorway, but was driving at a ridiculous 70 mph!

Naturally, I got within a foot or so of his rear bumper and flashed my headlights to remind him he shouldn't be in the BMW lane of my motorway and to get out of my way.

Of course, once he realised it was a BMW behind him, he did just that, but I could hardly believe it when he pulled straight back out behind me!

He also tried to keep up with me and when he realised I would out-run him, he put on some blue lights in his front grill and urged me to get onto the hard shoulder so that he could congratulate me on my excellent car.

Needless to say, I was eager to oblige and when we had stopped, the man gave me a piece of paper confirming what I already knew - that my car goes fast!

Apparently he wants everyone to know what a superior car I have, so I had to take my drivers licence to a police station to be sent away to have some points put on!

But the man at the police station said that because I drive a BMW, it won't be much longer before I earn the full 12 points, and then I won't even NEED a driving licence, so they will take it off me!

See, now THAT'S the sort of respect you get when you own and drive a BMW!

Ecoloons being blamed for Ozzie floods 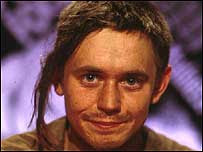 It seems that the devastating floods in Queensland could have been prevented, or at least could have been less severe if a dam had been built as suggested over thirty years ago, after the last major flood.

However, plans were rejected by 'those who know better' after succesful lobbying by the usual eco fascists and tree huggers.

Federal Environment Minister Peter Garrett on Wednesday said he made the interim decision to reject the controversial $1.8 billion plan to dam the Mary River because evidence showed it could kill off endangered species.

“The project would have serious and irreversible effects on national listed species such as the Australian lungfish, the Mary River turtle and the Mary River cod – both of those endangered."

On a brighter note, it's good to see the backlash against the doom mongers and global warming nut jobs gathering apace.
Dribbled out by RantinRab at 4:59 PM 8 comments:

....so why is it not being extracted?

According to expert analysis, the good old USA has more oil here than in all the middle east. At current consumption rates there is enough black gold to fuel the USA for over 2000 years. Over a TRILLION barrels worth lie beneath Colorado and Utah. President Bush signed off the drilling permissions way back in August 2005 but so far not one drop has been recovered.

So, how could this be?

There are many reasons.


The price of oil is high and many people are making a fortune from it. Tapping into the new discovery will drop the price.

Could OPEC be funding the ecoloons who vehemently oppose any new oil field developments?

America won't have a reason to trample over foreign nations. Securing oil supplies is a handy excuse for throwing one's weight around the world.

America wants all the oil it can get it's hands on for itself to strengthen it's international power.


I'm sure there are other reasons. I'm sure you can think of a few yourself next time your at the pump and paying nearly £6 a gallon.
Dribbled out by RantinRab at 7:25 PM 10 comments: