Minimum booze pricing on the cards 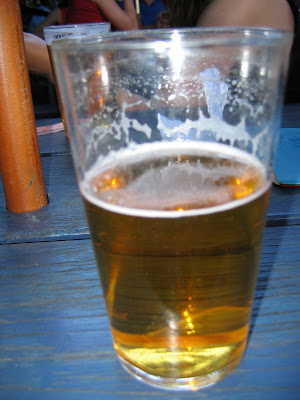 Once again, the SNP government have announced more plans to 'save' Scotland from itself by more nanny like meddling. Hot on the heels of the new licensing laws they have announced plans for legislation that will set a minimum price for alcoholic drinks.

There is no doubt that Scotland has a huge problem with booze. It's no secret that we like a small refreshment. But 'taxing' the problem will not make it go away. Countless awareness and educational campaigns spouting the evils of the demon drink have had limited, if any, success.

So the last chance saloon, (pardon the pun), is to hit everyone in the pocket.

The public relations campaign has been underway for sometime and support for the initiative has came from the brewers. Of course they support it. Their profits will increase as they will not be at the mercy of the supermarket buyers who constantly demand more and more special offers. Anybody who thinks that supermarkets pay for the promotions themselves as a 'loss leader' is living in cloud cuckoo land. The suppliers pay for everything. So it is only natural that the suppliers will support anything that will increase their bottom line.

Of course, the medical profession have also backed the idea.

I very much doubt that minimum pricing will have any effect anyway. Many will start to brew their own beer and others will search for another vice to help them through their tedious life.

So, what's next from Nanny? We've had the smoking ban and the new licensing laws. Constant campaigns to encourage us to eat our 5 a day, exercise more, stop beating the wife and kids etc etc bombard us every day.

And where is the money going that will be raised and what will it be spent on?

And for those of you south of the border, give it a couple of years and you'll have it as well. After all, we are the testing ground.

Can you change it to "Keep Gordon Brown in Kirkaldy", please?

I've come to the conclusion that politicians have learning difficulties.

Has prohibition eradicated the use of recreational drugs? No. Has the handgun ban reduced the rate of death by firearms? No. Has hypertaxation* of petrol reduced our usage of cars? No. And has expensive booze (relative to the rest of Europe bar Scandinavia) reduced our consumption of same? No.

Yet still they keep plugging on with the bansturbation and money grabbing. Einstein must have known people like that.

* A word I just made up - that may, for all I know, already exist - meaning taxation of a good at a level greater than 100% of its actual price.

"After all, we are the testing ground"

We're well aware mate. That's why we are hoping you lot will go all Braveheart about it. You're doing your bit, but there's not a lot from your compatriots.

Tangentially, why are the SNP continuing with this when they've been told a couple of times that the EU won't tolerate it?

And when some breweries go bust, just watch the temporary-amnesia-suffering, publicity-seeking politicians march in support of the laid-off workers.

They could sort out the drunken violence overnight by actually punishing yobs with jail terms and heavy fines rather than cautioning them or driving them home to sober up.
But they always shaft the law abiding as they're too spineless to tackle the problem.

Very short sighted of the Nanny State & the breweries. Down here, in Dorset, the price of drink is slowly rising. However, I'm not cutting down on my drinking, merely getting out my old books on how to brew at home & investigating the possibility of a small still in my greenhouse or garden shed.

Home made swally! The return of Red Biddy to the mainstream!

A police force elected by, financed by, and accountable only to, the citizens is all the government that is needed.

the barmaid has great legs, super tits and a come hither look.

Ultimatley it will lead to .... Population control.
They coming for your penis!!!

The problem isn't drink, it's drunks - they're crap nowadays. It used to be the mark of a man that he could hold his drink. My uncle was a hard-drinking Fife miner who could get atrociously drunk, but it took all day to get him to that state. Nowadays it seems a few sweet alco-pops and the kids are falling about all over the place.

What we need is a back to basics approach. Teach people how to hold their drink until they're properly drunk. Anybody who gets drunk on a spritzer and two bacardi breezers should be strapped to a lamp-post in the town square and bitch-slapped.

Seriously - we should be enforcing the laws we have, punishing criminal behaviour with real punishments. I actually quite like the direction the English are taking with ASBOs punishing drunken behaviour. OK,it won't stop the diehards, but nothing would anyway. But it might dissuade those with something to lose.

Sadly, the Jocks are all mouth & no fucking action, which is why they'll roll over and take it up the arse just like they did with the smoking ban, with a wistful 'och weeelllllll'

It's a damned shame, but frankly, I can only laugh at extra taxes being levied on the Scots for drinking.

It truly is a fresh-air tax.

We can only pray that Cameron isn't up for this shit..... oh wait..

I've been brewing my own for months now, started making wine as well. Tastes fine, but definitely isn't as enjoyable as being served by a barmaid with a great rack and loose morals. Still needs must and Gordon has driven me to drink!