Just shut the hell up, Doc. 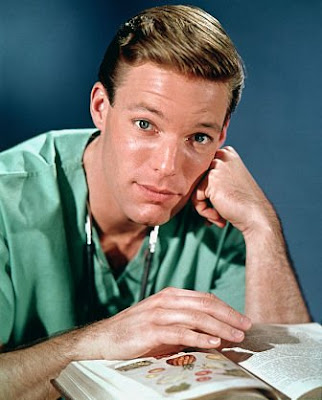 Just prescribe me my athletes foot cream and shut the fuck up...


Once again, a bunch of 'let's save the people from themselves' warriors have called for the Government to introduce minimum alcohol pricing in England.

Doctors in the North West of England have called for the introduction of a minimum price for alcohol.

About 3,800 people die of alcohol-related causes in the region every year and hospital admissions have risen by 64% since 2004.

The directors of public health (DHPs) in the region believe the trend, which costs the NHS about £400m a year, is "simply unsustainable".

At least the Westmonster gummint are resisting the call, unlike the bunch of complete and utter pricks who dictate to us Jocks from Edinburgh.

No doubt there will be a 'public health campaign' to educate the masses of the danger of drinking. Apparently it's unhealthy to walk past Victoria Wines more than twice a day now.

Why won't they understand that we all know that it's bad for us. Punishing everyone because a few fuckwits over-do it is not the answer. If alcohol didn't exist the idiots that drink to excess would find something else to get off their tits to, like licking poisonous toads or something.

It's a scientific fact that everyone who breathes actually dies. Yes, air is deadly. Fact. I don't see anyone campaigning to tax that into oblivion.

Dribbled out by RantinRab at 10:58 PM

Well said Rab (chit I'm gonna have to come back in the mornin' when I'm sober and look at what I said.)

If ya want to chill out and have a laf then see this:

Personally I don't give a fuck if they up the price of White Lightning or Buckie, the alcohol of my choice already costs rather more then the paltry 40 or 50p per unit that has been suggested.

However, on the wider issue of using price as a means of social engineering, yes they should fuck the fuck off and I defend the right of all neds to get as pissed up as often as possible for next to nothing.

I think the idea is to keep weans off the sauce until they get older. I was reading a report, can't remember where that was saying the giving alchohol to under 18s can be very harmful. As someone who is an alchoholic although I have managed to keep it in check and I was indeed a heavy drinker when I was a teenager, I don't think that 40p per unit is too much to pay.

Actually we are going to tax the air you breath and call it the Carbon Trading Credit Tax assessment.

So put that in your nose and breath it!

"It's a scientific fact that everyone who breathes actually dies. Yes, air is deadly. Fact. I don't see anyone campaigning to tax that into oblivion."

As Bernard Manning once said "100% of non-smokers die"

As usual everybody, except me, has the World arse about tit.

I think the correct question to ask is,

"why are people drinking so much?"

Is it perchance that it for some the only respite against this fucking Government?

Taxing soves nowt, except for filling a hole in somebody's coffers.

And was it not the government's idea to allow 24 hour drinking even though you can't buy a bottle of chenin blanc in the supermarket before 10.00am? What is the point of that?

I should go easy on the water if I were you, it has hydrogen and oxygen in it, which can be bad for the health in quantity.