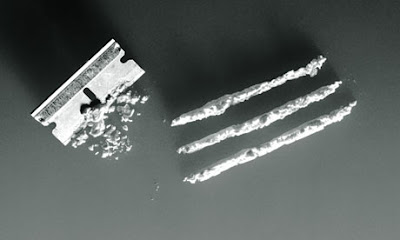 The silence from the leftie side of the blogosphere about the goings on this week is simply deafening.

I wonder if a three line whip has been in force?


A Three Line Whip is a strict instruction to attend and vote in a particular way, breach of which could have serious consequences; binding for both attendance and voting. Non-attendance permission can be given by the whip, but a serious reason is needed. Breach of a three-line whip can lead to expulsion from the parliamentary political group in extreme circumstances, and may lead to expulsion from the party. Consequently, three-line whips are generally only issued on key issues, such as votes of confidence and supply. The nature of three line whips and the potential punishments for revolt varies dramatically among parties and legislatures. The phrase a 'three lined whip' has been adopted into the workplace with employers often putting a 'three lined whip' on meetings.
Dribbled out by RantinRab at 11:42 AM

A strict instruction to attend is one thing - it would be nice to see more than the usual handful in the Commons on a regular basis. But instructions on HOW TO VOTE???? Where does the term "Democracy" fit in to that?

It's much the same in big industry - they may claim to want your opinion, but in reality if you say what you actually think, you will get your "card marked".

I know, I have personal experience....

Just told my mother 'if you vote for labour i will never speak to you again' she seemed to get the message.

If we all did this , then maybe we could get somewhere. (Im not saying who to vote for BUT)

Cocaine, the knew mantra for Labour. Snorting rather than puffing?