You're not wanted, deal with it!! 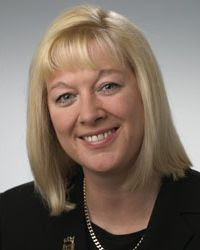 De-selected MP Anne Moffat ran crying to Labour's national executive committee after the locals in her constituency told her to fuck the fuck off because she is a lazy bastard.

And the icing on the cake?

She said the process was unfair because many of her supporters wanted a postal ballot.

We all know how much Labourites love a postal ballot...

Yeah, your supporters are so supporting they couldn't even be bothered turning up at the meeting to support you. So by my logic, your 'supporters' aren't really supporters, are they?

So, just for you Anne, is the meaning of the word 'supporter'. And 'fuck off'. (Result eleven)

Best of luck finding a lobbying job in the future...


update - looks like Labour don't want her either. Awww, wee shame.
Dribbled out by RantinRab at 10:58 AM

Given that she's a Labour MP result 12 is also appropriate ;o)

Aye, true! Never noticed that. (In the online dictionary, I just need to look at the country to notice it in real life...)

Rab, I couldn't give a shit about this woman, piss be upon her, but thanks for the link to that very interesting dictionary!

Yea if she had a postal vote there would probably be more votes for Anne than there are Labour party members in that constituency alive or dead. They learned all they know about postal voting from Robert Mugabe.

Wasn't this woman critically ill during the period these chippy fuckers are complaining about?

Forgive me for being a bit, well, old man-ish, but if she wants a lazy life, I'd be happy for her to lie on her back at my place for a while. ;-)