No Investigation into Purcell's reign. 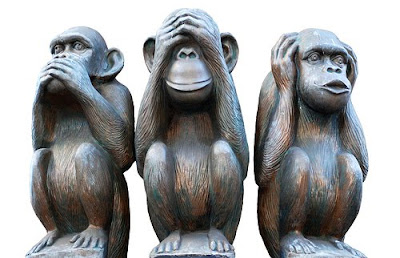 Audit Scotland, the public spending watchdog, has refused to investigate the dodgy dealings of Glasgow City Council when Steven Purcell was at it's rudder.

But in a letter to Mr Mason Audit Scotland stated that the council was responsible for its own affairs.

The stink seems to be getting stinkier...
Dribbled out by RantinRab at 8:48 PM

The Council is responsible for its own affairs??????

What the fuck does that mean.

This corpse is becoming more than a little bit gamey.

I think that the public perception of the politicians, certainly the Labour Party is that they can be corrupted by power and "external criminal" elements.

I am beginning to come round to the position that they Labour Party is so riddled with an institutionalised criminality that it deserves to be regarded as a from of organised criminality.

It is worthy of being investigated in corpus by, in Scotland anyway, the SCEDA.

Maybe they are the b'stads doing the corruption and not the other way around?


Oh well, I've been thrown out of better boozers than his.

He's just a wannabe Iain Dale. I 'ejected' him from my blog roll months ago.

He is one of the snobby cunts that infest the Scottish Blogosphere in my opinion. Pricks, the lot of them.

At least you get a straight answer.

I recall Jack McConnells brother in law buying a hospital site near Banff for £1. It is worth over £1 MILLION. When called upon to investigate the circumstances of the "sale", we were informed 20 minutes later that "...all was in order".

Nest-feathering, cronyism and corruption. Holyrood stinks of all three.

Fuck 'em. Preferably with an Uzi.

Where is Purcell? Is he in a 'safe house' somewhere?

I've just heard the Strathclyde polis will not be doing any investigating either.

If you read Graeme Pearsons comments about how he believes that Politicians are in the pay of Glasgow gangsters. Suggests that the SCDEA behind closed doors are all over this.

I have that feeling something is about to erupt.
Somebody is biding their time.

Rab, I agree with you about that tactical voting prick! Mind you I thought you were going the same way a few months back with all your statporn! ;-)

The police not doing anything either? How do we make these folk accountable to us?

I suggest folk withhold their council tax. That's the only way to get them to toe the line.

You'll upset Jeff you know Rab. He nominated himself for the Orwellian blog awards so be careful. ;) Why didn't you go for that? A few other Scottish bloggers did.

Ayrshire Scot had an exchange , one of several, with him and ended up describing him as a Sycophantic Aroma Therapist--------Classic!

Bugger, there's really no comeback to that one!

Subrosa, There's something just not right about nominating your own blog for an award. Not my scene anyway,

Some nice pics of the Cayman Islands