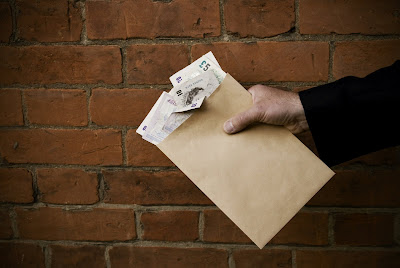 'For you, Comrade. A gift from the unsuspecting Glasgow taxpayer'


The Glasgow quango set up by the city council which has been implicated in the Steven Purcell scandal has donated £2000 to the Labour Party.

Labour's political opponents are urging the Labour party to return the donation.

How they think they can get away with it is beyond me. It's basically a council giving the Labour party public money as a donation, which is strictly against electoral commission rules. Party officials can be jailed for up to a year. (Never going to happen).

The fact that a previous council department can be changed into a company owned by a council and bank rolled by the tax payer whilst competing with traditional private companies is a scandal in itself.

Crammed full of Labour cronies this company needs disbanding.
Dribbled out by RantinRab at 4:59 PM

The RAs are exactly the same,setting up thier own private companies to siphon off both taxpayers and euro geld,to preempt any accusations of sticky fingers,but they are far worse in that they elect themselves,at least you can vote the glasgow crims out.