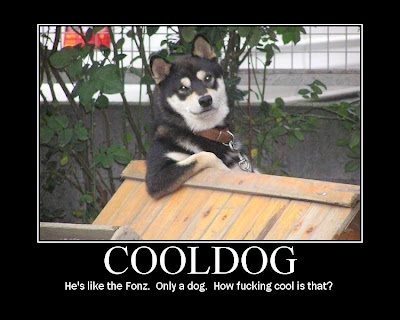 Dribbled out by RantinRab at 2:12 PM

As much as you would call this insane - I'd vote for him!

He's got a face for media.
He wouldn't get involved in my life.
He could be trained to protect [just] my backyard.
He'd be much lower maintenance then the the current government.

Better then Gordon and David combined!

Oh, Rab: looks like you've had a visit from a 'boards' fan. The 'boards' were invented in 1744 by a 'geek' called Tony. It has long been rumoured that a few of the unwashed spotties still haunt them but I had never seen any evidence of them until now.

You can say stuff like 'Epic fail' to them and they appear to attach some meaning to it.