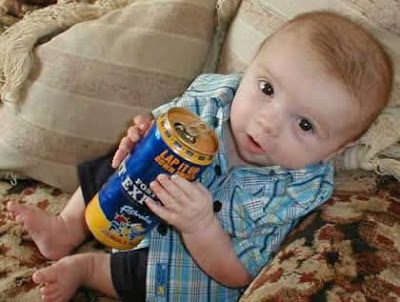 'My Social Worker, Teacher and Youth Worker says it's not my fault. Pure quality man...'


Once again, Scotland's 'problem' with drink is in the news. To be honest I don't think it ever leaves the news. 'Scotland likes a bevvy' is hardly a surprising headline.

The way they go on and on about it, people would think that we stumble about wearing piss stained trousers and shouting at strangers on the bus whilst guarding a rapidly festering kebab with our life. This is not the case, as far as I can tell. I'm not denying that Scotland consumes more alcohol than the average nation, we like a drink. Big deal.

As ever, the socialists need a bogey man to point at and scare the populace. Terrorism, global warming, tobacco have been used extensively to nanny and control us. Alcohol is now the favoured subject that is to be used to legislate against the masses.

In Scotland the SNP government are pushing for minimum pricing legislation. This, apparently, will cure us of our obsession overnight. The Labour clowns are calling for a ban on certain types of booze and want to control the ingredients in others. None of the proposals will work. If people want to get off their tits they will always find a way.

Our town centres and parks etc are filled by youngsters running riot. Filled by booze fighting, pewking and shagging. They don't care and their parents don't or don't know how to care. The kids are not worried about any consequences because they have been brought up in the bosom of the nanny state. No punishment will await them come hang over time. They are victims of society, according to the socialist hand book. Back in the day when I was fourteen or so, if my mates and I managed to get our hands on a bottle of merrydamage we would hide away and drink it. There was no way we would brazenly wander the streets half pissed causing mayhem because we know what would happen to us. The youngsters of today have never been held to account for their actions. A huge army of apologists are around these days with countless reasons/excuses for the behaviour of the young cash cows/people.

Likewise, the incessant creep of the nanny state has eroded the parental skills that have been used for countless generations. Parents are told how to bring up their children by the government and quangos. The result of this madness we can see every weekend night in the town centres. It is no coincidence that the majority of the children belong to parents caught in the 'benefit trap'.

So, to summarise. Yes, Scotland has a booze problem. It's not a new phenomenon and the proposals spouted by the politicians will not work. Holding people to account for their actions may be the answer.

And in other news, Rangers and Celtic have announced new shirt sponsors. Tennents Lager. Who also sponsor the national football team. Who play like a hung over pub team. Not a peep from Holyrood on that little nugget.

Personally I don't believe Scots drink more than the rest of the UK. They can throw all the evidence they like at me.

Near here there are around 20 whisky distilleries which open for visitors. Many of the visitors are overseas tourists. They spend £ millions in these places taking 'a bottle home'.

But that's all added into the mix of the 'evidence'.

Rab you're bang on the button with the problem. There are no consequences for any actions these days. That's socialism.

"we stumble about wearing piss stained trousers and shouting"

Yeah, and then you send the blubbing (from one eye) twat down here to ruin our lives!

Totally agree with the rest, though. When you were younger, did you ever sneak round the back of the pub, grab some empties, then take them in later and claim the refund??

"we stumble about wearing piss stained trousers and shouting"

"Should`nt that be pissed stained kilts"

I predict a ban on Haggis on the grounds of animal cruelty!

Stan, kilts are for highlanders. I'm a lowlander. Kilts and tartan are nothing to do with me.

Scots do drink a lot, I am not sure if it is true but I was once told that the only higher incidence of alcoholism than Glasgow is in some native reservations in America. Still I know plenty of people who have come from sunny Govan without a drink problem - ok I am an alkie but I grew up in London so I can hardly blame Govan or The Gorbels, (where the other part of my dads family are from), for my problems. When I first started drinking, I would never have drank in public because there was too much chance of an adult giving me a right good kicking. Nowadays if you so much as look at a misbehaving youth you are classed as a menace to society. I had a friend who was a bouncer in SE Londons larger lout territory and he said sometimes when he deals out a beating, people are genuinely surprised because the little bastards have never had someone say no to them before. Parents, teachers don't lay down any restrictions and then they wonder why the kids become little arseholes.

My father was recently telling me about how after the war the distilleries in Scotland were reactivated to generate hard currency reserves which the country greatly needed, how things have changed.

[Related - on Radio Scotland this morning]
Funny as hell to hear the media spokesperson for Buckie drop a bomb on the stats reported by the police. It would appear .5% got reported yet bugger all of the remaining 99.5%

I agree, some people do have a drinking problem... I'm not one and I'm sick to death of being tarred with the same stick! If they think raising the price will work then they better get ready for the call outs due to backyard stills blowing up and illegal cheap imports from other countries.

Treat the causes not someone else's symptoms.

Ah, Merrydown, happy daze indeed. How many pubs were reluctant to let me have a few hefty gin and Merrydowns? One reason why Scots are alleged to drink rather more than the English is that in much of Souther and Midland England a great deal of booze, some of it nasty bootleg stuff, comes in uncounted and untaxed via Dover and the M20. Because of the economics of this trade not a lot gets to Scotland.

I see no evidence of a drink problem in Scotland. There is much more produced here than I could ever drink. Therefore, no problem.

The forthcoming regulation is only a continuation by other means of control freakery from our lords and masters,as instanced initially by the smoking ban. There will be more to follow,as night follows day. My kid sis was right in 2005-fight an election on an anti-smoking ban platform and get 28% of the votes. Problem solved,future problems stubbed out!

I can't find your e-mail mate, could you drop me a quick hello to dickpuddlecote at live.co.uk - got something to tell you. ;-)

Dick Pudlecote - his email is right at the top of the blog, directly underneath the skull & crossbones.