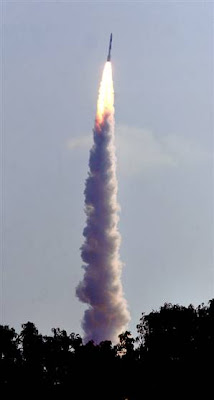 Your money, up in smoke.

Interesting article in the Metro this morning. Most people when asked by the Metro poll said that the UK should cut it's overseas aid budget and use the money in Britain.

Absolutely correct, in my opinion. Of course emergency humanitarian funds should be available in the case of natural disasters, like the Haiti earthquake, but handing out our money in 'aid' to 'developing countries' is just not on. India is a recipient of British foreign aid cash even though it is a nuclear state and runs a space programme.

Nice bit of spin from the Metro though, - 'despite most supporting the multi-million-pound response to the Haiti earthquake'.

They support it because they want to support it, the success of the charity record and the amount given by the public says it all. Charity and support should be voluntary, given by individuals or businesses, not tax payers money dished out as the government sees fit.

It's also good to see Gordon and his cronies being consistent in these austere times. Britain's overseas aid budget is to increase to £7.8 billion for 2010/11 which is an increase on the £5.5 billion budget of 2008/09. Way to go Gordo.
Dribbled out by RantinRab at 9:00 AM

Part of that development fund has, does and will go to India. India no doubt has a great deal of poverty but it has a vibrant economy, a burgeoning military and even an active space programme. In the last 5 years DFiD has spent over £1,000 million and plans to spend over the next three years, approximately £285 million per year. This is on top of trade between the two nations.

Whilst the Defence Chiefs are squabbling about who gets the biggest slice of a rapidly diminishing cake, almost everyone (including us) is agonising over whether we can afford CVF and having to resort to off balance sheet ‘buy now pay later’ PFI’s for air to air refueling aircraft, the Indian Armed Forces have been doing a spot of shopping.

On top of the $50 billion of equipment purchased in the last 5 years they have plans for another $80 billion over the next 5 years.

On the shopping list is over 120 fighters, ISR systems, artillery, air to air refueling aircraft, 3 AWACS aircraft and in an ironic twist, 29 Mig 29K naval fighters and aircraft carrier or two.

Totaly agree Rab,guvmint should not be chucking taxpayers cash at their pet projects.

Their are plenty of ways people can voluntarily give aid, Haiti is a classic example.

What a fucking farce that India recieves shit load in "aid" and yet spends billions on their space programme and army while half the country live on a penny a month if their lucky.

In real emergency`s imediate short term relief co-ordinated with other countrys is OK ,but yearly cash bungs to countries that spend their own billions on toys n space adventures is just stupidity.

It is a ponzi money laundering scheme with much of it finding it's way into Labours' coffers.

And did you know that some of the overseas aid budget goes to the TUC?

Someone did a good post on this recently, but I can't remember who....

Here is a commons reply with some details.

Yes Rab, the loony left whinge about us righty bastards for being nasty to the poor and disenfranchised. Well, most of us are not. What we are is the use of our discretionary money being used for things we do not give our consent to.

I don't give a lot to charity but I do give some, and when I do it is because I want to, when I want to, and most importantly, when I can afford it.