Know your enemy - The Socialist Hierarchy 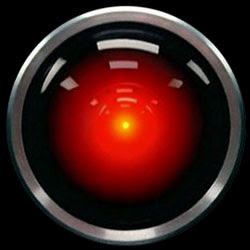 1. Evil Controllers, drunk on power, convinced of their own righteousness. Nasty, vicious, vindictive bastards with grudges. No humour. Corrupt. Authoritarian. Bigoted. Extremely dangerous. Responsible for the deaths of MILLIONS. Detroys anything and everything that they do not understand or can control. Brown, Draper, Mandelson, Stalin
2. Champagne Socialists. Love to tell people how much they care, whilst eating fois gras. No real power other than that bestowed on them by Evil Controllers. Typical BBC types, Guardian readers, public sector management, social Services heads of department. Love telling other people how to live their lives and completely fucking it up. Aromatherapists driving new Volvos. Typical New Labour. Toynbee, Shoesmith
3. Bolshy Oiks. Most of Liverpool and the North. Jealous of everyone and everything, yet grabs/steals/pinches everything they can. Wishes they had the brains to be entreprenureal, so "acquires" as much as possible whilst never "selling out". John Prescott for example. Proports to speak for the working man whilst picking his pocket at every opportunity. People who sell hamburgers for £4 from filthy vans on the A1. Never wash their hands after taking a shit.
4. Airheads. Students who think that if you give an African a dollar, they won't demand your entire wallet. Vegetarians, greens, eco warriors. All for the "commune" until THEIR packet of Quorn goes missing from the fridge. Usually supported by the State and/or parents. Grow up to be Surveyors or Champagne Socialists. Swampy
5. Ethnic Socialists. Pretend to be socialist whilst sticking steadfast to their own agenda ie. I am special, fuck everyone else, I want it all for ME, it is my RIGHT as a Hutu, Rasta, Somali, Muslim, BNP Trade Unionist, disabled, woman, lesbian/gay, shirt lifter, Aboriginal artist. Dianne Abbot, Lee Jasper
6. Useful Idiots. Currently 18% of the population who would vote for a pig with a red rosette because Dad was a Labour man. The Welsh for example.


Tip of the manky bandage to Old Holborn
Dribbled out by RantinRab at 11:09 AM

Re 6: I think that the Welsh are waking up, Flynn is worried and the local paper hates the cunt with a passion.

I know of one reporter who is looking forward to Flynn shuffling off the mortal coil so he can rip him apart.

re:no.1: you forgot to add that soon to be unemployed tyranical cunt smith to the list!

You need a 7. People who attended good private schools, a real university, and still , having captured control of the Tory Party, act by being good little Fabians.