How things have changed... 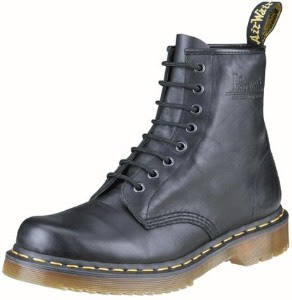 When I was at school many many years ago, I don't really remember people getting bullied. There were, of course, the class arseholes. You knew who to avoid and who you could get on with. It set you up for the real world, beyond school.

I was never really part of the 'in crowd' at school, nor was I part of the 'geek' crowd. I was in-between and it suited me fine. It still does, if I'm honest.

I recall having the piss ripped out of me for wearing my new Doc Marten boots, (they were all the rage in 1983/84), with black laces. You simply had to have bright yellow laces! I quickly rectified my blunder and all was well. That's about as near as I got to being bullied.

It appears that things today are somewhat different.

A school called an emergency assembly to tell children that a 12-year-old male pupil was having a sex change.

The youngster arrived for his first term at secondary school wearing a dress and with long hair in ribboned pigtails after his parents changed his name to a female one by deed poll over the summer holidays.

I bet the geeks/spotty and speccy kids at that school are delighted!

You bastard. I just posted on this and thought no one else had spotted it!

As I said over there I just don't get how a 12 year old can make that kind of judgement.

I was expecting it to be honest!

I bet his/her boy name was Tarquin and his/her new name is Crystal.

I think at aged 12 you know what turns you on and if you're gay or whatever so he must have realised something wasn't quite right. First year at secondary school was when we talked about who was shooting their muck. Yes teenage boys aren't very subtle.
They might have warned the other kids though. And like you say Rab it must have been sighs all round from the short arsed, specky, plooky, smelly and ginger twats.

Oh for Gods sake, a 12 year old? A damned good case for child abuse could be made here.

Unless the parents didn't know and suddenly realised that little Tarquin was actually little Crystal. There is some sort of medical condition that can cause this, Cloacal Exstrophy, though in this instance I don't think it's so.

I wasn't a bully but for this kid I would have made an exception...and with some of my classmates, christ! He would have tooped himself by end of term! What the fuck were his parents thinking?

If you think the lads will give him/her/it hell, you're clearly not considering how much more underhanded and cruel girls can be.

What the hell did the parents think would happen? Of course he was going to get bullied when he went back to school as a 'girl'.
Kids are not that accepting, understanding, inteligent, or personaly/sexualy secure enough to deal with that sort of thing. Therefore they are going to pick on the 'freak'.
You should see the way a bunch of wanna be gangsters behave when a gay lad comes into the jail where i work. It's like blood in the water.
Someone needs to have a word with the parents.