Keeping it in the family. 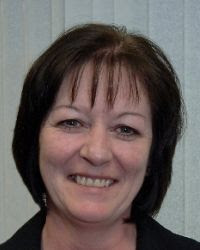 Oh dear. A councillor in Kilmarnock, Helen Coffey (SNP), has been 'caught out' after failing to declare that she has been paid for working for her MSP brother, Willie Coffey (SNP).

She was held to account at a public hearing in Kilmarnock's Park Hotel, a four star luxury establishment, at the tax payer's expense. What was wrong with the numerous halls and community centres dotted around Kilmarnock I wonder? Perhaps they are not 'posh' enough for those who rule us.

For her 'oversight' she received a written reprimand for failing to disclose to East Ayrshire Council that she was employed by her brother as an office assistant.

By failing to declare the job, she had contravened the Councillors’ Code of Conduct relating to the registration of interests. She also breached the Ethical Standards in Public Life (Scotland) Act 2000.

She worked for her brother for fifteen months before declaring and used the lame excuse of missing a training session about earnings because she was on holiday. Clearly, no one thought to tell her, or she failed to read the literature from the session.

Councillor Coffey told the hearing: “I regret my carelessness and inadvertence on this matter."

“I apologise to the council, my group and the officers involved.”

So no apology to the voters of Kilmarnock then? There's a shock. I hope she gets kicked out on her arse come council election time.

Dribbled out by RantinRab at 1:46 PM

We can only hope.

Any more good photos ? Quite tasty.