Stop giving away money we haven't got! 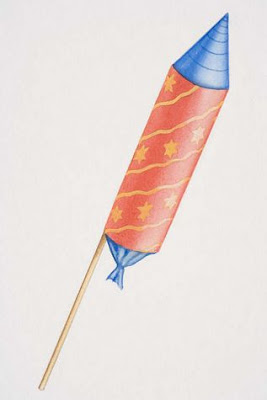 Taxpayer's money, up in smoke?

So, there is water on the moon. Enough, they say, to supply any future base that man may have on the surface. Great stuff. Another fantastic discovery and another milestone reached in our quest to explore the solar system.

It wasn't NASA or the European Space Agency who discovered it. Nor the Chinese or the Russians.

It was the Indian Space Research Organisation.

Britain has promised to give India £825,000,000 in aid over three years. Gordon promised this, on our behalf, in January last year.

So a country which cannot, or will not, look after it's own people can send space craft to the moon and launch seven satellites!

What they do is up to them. But there is something wrong if they are getting 'aid' to help their people whilst spending loads of cash on a space programme.

Particularly if the 'aid' is coming from us in Britain. Remember, every person's share of the national debt here is over £13,ooo and growing.

Very true Rab. Its the same with China, we are talking about giving them money to help reduce Global Warming. Maybe they should be giving us some money?

With the amount they spend on immigration and asylum seekers, it might well be a good place to send them all and whilst they are at it, send the House of Commons there as well.

Exactly. I've been moaning about this for ages, ever since The Remittance Man pointed it out, actually.

The fucking idiots still give our money to China too. At this rate we will all be dressing in string vests.

While there's a debate going on about spending cuts, overseas aid is something we can cut right down on, because I've yet to see any benefit for this country of spending all those billions.

I wouldn't mind if we were as overt as the Chinese and only went into countries that had huge mineral reserves and set up "partnerships" to help run the mines and secure supplies of stuff.

But no, we do the bloody stupid "British" thing and send money to countries that can give us fuck all back, or ones that are rich enough not to need it.

Worse than that, the people in these dirt poor countries think we're minted and gullible for throwing cash their way, so they all swarm over here expecting gold paved streets and a bunch of mugs willing to give them money for nothing.